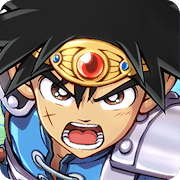 Recommended for everyone who:
Is interested in DRAGON QUEST, RPGs, and action games
Likes to play RPGs based on manga and anime, particularly from Shonen Jump
Enjoys engaging stories
Enjoys RPGs with deep character progression
Is looking for a game with dynamic visuals

Serialized in Weekly Shonen Jump magazine,
with 47 million copies in circulation in Japan,
DRAGON QUEST The Adventure of Dai is a timeless masterpiece
that has made its mark in manga history,
and has been reborn as a brand new, critically acclaimed animated series!
Now, you can relive the legend of The Adventure of Dai
in this new actionpacked RPG, remade and optimized for your mobile device.
With another crisis facing the world, Dai makes a promise to his mentor, encounters new friends, and slowly learns about his own inescapable fate.
This is the beginning of Dai's adventure, and his quest to become a true hero!

Utilizing your "Break" power at the right moment is key to victory!
Slam your foes against the walls to activate "Break".
Break your enemies for major damage!
Show what you're made of by unleashing powerful special moves like
Avan Strash, Bloody Scryde, Beast King Redemption Blast, and Kafrizz!


For a more streamlined experience, try playing battles in Auto Mode.
Also, you can play coop multiplayer with up to three players! Team up and conquer your enemies!

A story that unfolds across two worlds
Journey back and forth between two worlds and fight as you strengthen the bonds between your friends!

A Fresh Adventure: Bonding Journey
The Bonding Journey is an allnew story written under the guidance of the original author, Riku Sanjo!
It is set in the mysterious world of Milladosia, which bears a striking resemblance to the world seen in The Adventure of Dai.
The star of the story is you—the Luminary Leader!
Join Dai and his friends as you fight to protect the two worlds
and the many bonds that unite their inhabitants!

Become the Luminary Leader and explore the world of The Adventure of Dai!
Change your hairstyle, face, gender, and more! Customize your character and adventure in style!
Switch to a variety of vocations such as warrior, martial artist, mage, and more! Choose the one that suits your play style the best!

Features lots of classic characters! Build your team and go adventure!
From the Disciples of Avan—Dai, Popp, Maam, and Leona,
to Dark Army members such as Hadlar, Crocodine, Hyunckel, and Flazzard,

Boost your equipment and skills and take on new quests!
Familiar skills and gear from The Adventure of Dai are here!
You can strengthen weapons, armor, and characters' skills and abilities.
Complete quests, power up, and take on fierce foes!

Grow stronger with the power of bonds!
Get closer to your allies by adventuring together!
When a character's Friendship Level is raised, you'll unlock exclusive special scenes with them!

Also, you can raise Friendship Levels to expand the Buddy Board,
allowing allies to grow even more!
Bolster your bonds and grow together as a team!

Recommended System Requirements
Android 7.0 or higher
Note: We do not guarantee functionality on all devices listed above.

Credits
Planning/Production: SQUARE ENIX
Planning/Development: DeNA
Made under the supervision of Yuji Horii 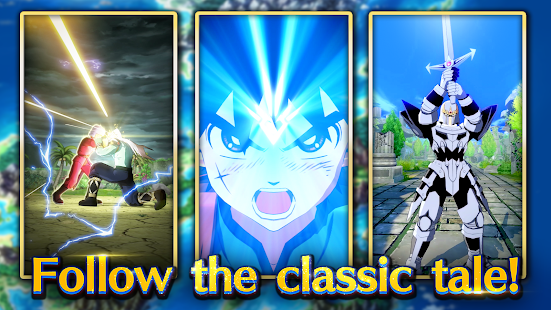 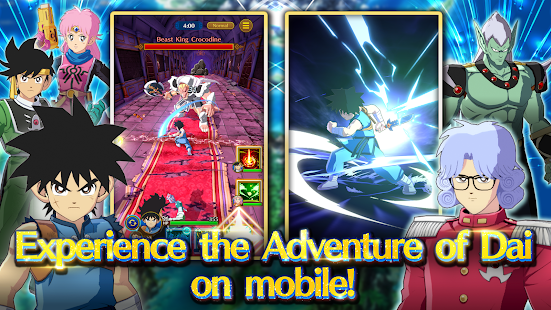 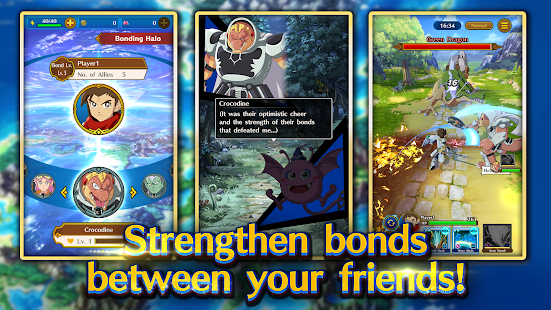 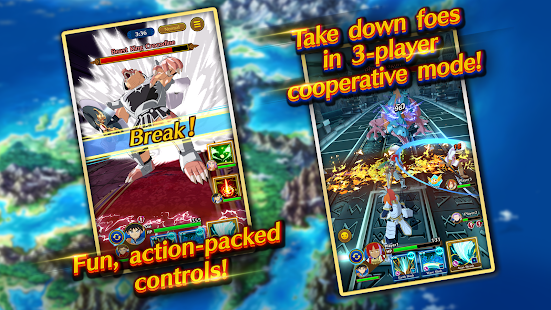 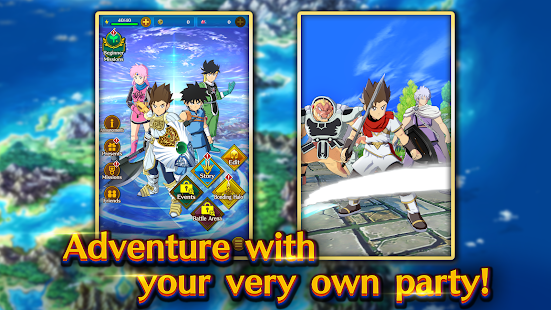 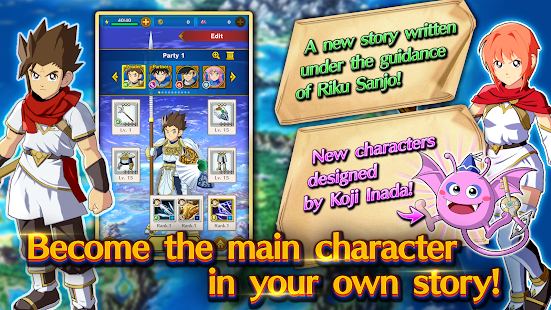