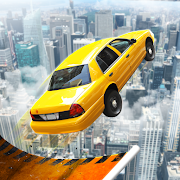 You’re about to go ⚡ racing ⚡ down the biggest, raddest stunt ramps ever built, driving at speeds stunt cars were never built to reach.

Drive down a mega, mega stunt jumping ramp — so steep and so high you’d have to be crazy to even think about racing down it.

Then try jumping off the end: free fall, crash land, and avoid smashing to smithereens on the ground miles below!

(Instead, try crash smashing into a target free floating a mile above the ground, like you’re supposed to)

Pick up free boosts and mega ⚡powerups⚡ as rewards for your driving stunts as you go!

Unlock 4 free cars and see what they can do!

(Whatever you do, don’t crash you’ve never seen anything like these crashes.)

This game ramps up the limits of onetouch driving (and cars!), giving you incredible fun and variety that any player can jump right into. 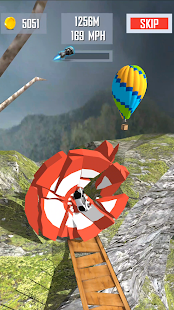 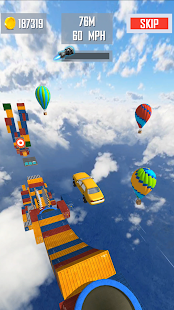 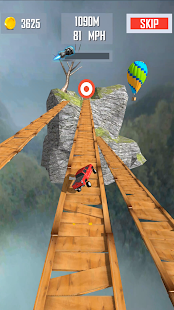 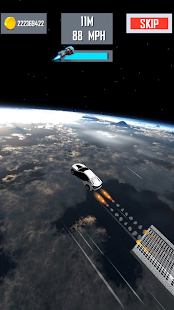 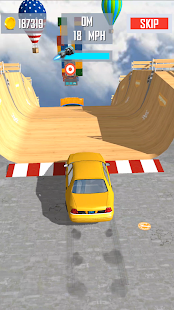 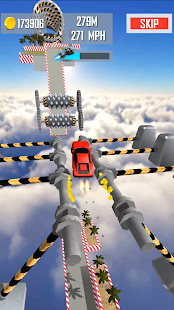